In yesterday’s press conference it was mentioned that Conte had completed a 100 games with Chelsea and had the second best record of any previous managers. It should be noted that he is only the third manager under Abramovich to have been given the privilege of reaching such a milestone. To this Conte replied that he did not care about the stats and when asked how he felt about only being behind Mourinho in this feat Conte mentioned that Mourinho’s first spell for Chelsea was in a different era for the club. In many ways he spoke truly as at the time Chelsea’s spending was unparalleled and now we can’t even buy players who want to play for the club.

Yesterday also happened to be an historic day as Arsene Wenger finally announced that he would be leaving Arsenal at the end of the season. Should he have been at the club for 22 years given that the last 12 years have just brought 3 FA cups is debatable but his first 10 years brought massive changes in all aspects of football and that should be his legacy. Conte stated that the longevity of Wenger and Ferguson’s spell’s at their respective clubs might not be replicated again and that he can’t even guarantee that he will be at Chelsea next season let alone for another 100 games. Conte reiterated that Chelsea have to be focused on finishing the season in the best way possible and then we can look at next season.

That brings us to the this weekend, another semi final at Wembley. Last year we beat Tottenham in emphatic fashion and this year we will hope to do the same to Southampton. Southampton have not been great and Chelsea’s performance against Burnley was neat and tidy, we did concede another foolish goal but it was out of anyone’s hands. A second FA cup final in two season’s would be an achievement in itself for Conte, although winning it would be a silver lining to what has been a season of mixed fortune.

Chelsea will be without the suspended Marcos Alonso, and Luiz and Ampadu who remain out. Emerson will most likely start in Alonso’s place, Conte’s main dilemma comes in the formation and whether he chooses to start Hazard, Morata, and Giroud in a 3-5-2, or stick Willian or Pedro in for a 3-4-3. Chelsea were able to rest plenty of players against Burnley and I personally hope that Barkley gets a start against Southampton.

Mark Hughes has stated that he will make changes to the lineup as they Premier League survival remains the main focus and he was not able to rotate midweek. Hughes also mentioned that at the end of the day it is a semi final at Wembley and so the team has to play for the fans and give the game all they have got. 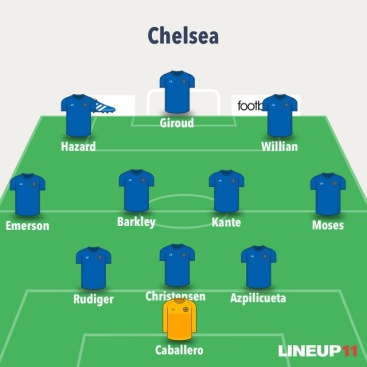 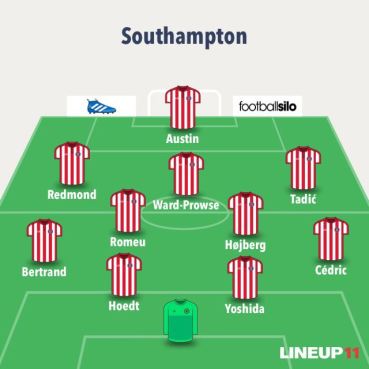 It is going to be a tough game as the FA Cup seems to throw any teams form out of the window. A day at Wembley and hopefully a place in the final awaits Chelsea.

COME ON YOU BLUES!!!