This should be fun!

Every year the football season bows out with the Champions League final, for the last two years and over the last five in general Real Madrid have gone home with the trophy. This year Real could make it a hattrick of Champions League victories, but a hungry Liverpool side stands in their way guided by the Egyptian king Mohamed Salah.

Since drawing against Bayern in the second leg at home, Madrid’s form in the remaining La Liga games has been a bit scattered. Real played Barcelona in the first of four and drew the game at the Camp Nou. Real then lost to Sevilla 3-2 in an away game, followed by a thumping 6-0 win in their final home game of the season against Celta Vigo, and finished off with a 2-2 draw against Villarreal away. One win, one loss, and two draws is not very Real like but La Liga has not been their cup of tea this season. Real finished third in the league this season after what had been a poor first half.

Real’s champions league season is similar in that this season we have not seen a Real side that has blown away teams with their attack but a Real side that has managed to grind out wins. The group stage was in keeping with Real’s persona of demolishing teams as they won all four of their six games with only Tottenham being a thorn in their side. Real’s round of 16 tie came against PSG and at the time the consensus was that Real were in for smacking, but the aggregate score over thee two legs was 5-2 in favour of Real. The Champions League seemed to not be an issue for Real as they came up against Juventus in the quarter final. A 3-0 first leg win in Turin seemed to assure Real of a place in the Semi’s but in keeping with the trend of the week Juventus replied with three goals of their own in Madrid. A penalty was given to Real in the final moments of the game and Ronaldo converted for the Los Blancos. Real managed to reach the semi’s but only just as cracks seemed to appear in their side. Bayern awaited Real in the semi’s and Real managed to scrape through 4-3 on aggregate to set up their final against Liverpool.

Two games have followed Liverpool’s 4-2 to loss in Rome, a 1-0 loss to Chelsea in London, and a 4-0 win in their final game of the season. The loss to Chelsea seemed to create doubts on whether Liverpool would finish in the top four but Chelsea’s stumble at the finish line meant that Liverpool just about managed to scrape into the top four. A scattered finish to the league season saw Liverpool finish fourth in the Premier League, two points behind Tottenham. The purchase of Van Dijk in the winter transfer window strengthened Liverpool’s defence and raised the question about where Liverpool would have been if they had a stronger defence in the first half of the season.

While Real have played Dortmund, Tottenham, PSG, Juventus, and Bayern on their journey to the final Liverpool’s run has been a stark contrast although that has not been their fault. Liverpool drew their first two group games against Sevilla and Spartak Moskva and it looked like they would be facing another mediocre season in Europe. The trip to Maribor for the 3rd game was in most cases always going to be a win but Liverpool managed to demolish the Slovenian side 7-0. Two of the next three fixtures were played in Liverpool as the aggregate score was 10-0. Liverpool drew the second of the three fixtures in Seville. Liverpool’s round of 16 tie was against Porto who they demolished 5-0 in Porto and then drew their second leg in Liverpool. Perhaps Liverpool’s biggest challenge in this season’s Champions League came against Manchester City who many thought would reach the final. Liverpool had played and beat City 4-3 in a recent league game and so the consensus was that it would be a free scoring Quarter Final. It was a free scoring Quarter Final in that Liverpool blew away City 3-0. City managed to score in the opening minutes of the second leg but Liverpool stayed strong and won 2-1 in Manchester to set up a Semi Final meeting against AS Roma. Roma’s remarkable comeback against Barcelona will go down in history but they seemed to leave that grit in Rome as they lost 5-2 in the first leg of the Semi Final. Roma managed to get back two goals in the dying minutes of the second half to save what was an abysmal defensive performance. Roma did save grace to win the second leg by 4-2 but the damage was done, Liverpool would play Real Madrid in the Champions League Final.

Real Madrid’s defence has not been prolific this season but what their front line has been clinical and so they have managed to sit back and hit defences on the break. Liverpool’s defence has always been an issue and while their front three of Mané, Firmino, and Salah is one of the best in Europe if not the best. Real and Liverpool can both call on a full roster of players for their starting XI and a certain Gareth Bale is also fully fit for the final. If mid field’s are to be taken into account then Madrid have by far the better one with Modric, Kroos, and Casemiro. In my opinion this game will be won or lost depending on which team has the tightest defence and the most clinical attack. The key for Madrid is to stop Liverpool in the first half as their early blitz of goals is always key to them winning games. Liverpool need to make that blitz count and if they can manage to score 2 or 3 goals then they might pull of a win. If recent form is to be taken into account this final will be one filled with goals. 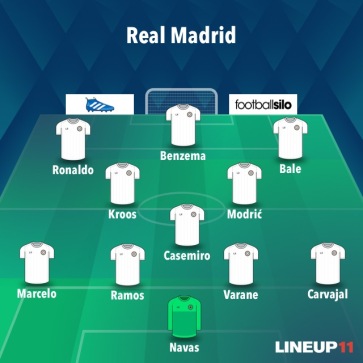 It is going to be one hell of a final, if Liverpool manage to score a few I can see them winning this game 3-2!