After our trip to Greece midweek Chelsea return to Premier League action against West Ham at the London Stadium. West Ham finally got their season running with a win against Everton last weekend in a performance that should the potential of the West Ham team. Pellegrini might have had a slow start but they might finally get going. West Ham have not been great at home since they moved from Upton Park and the London Stadium can be seen as more of a neutral location. One thing that is apparent is that they picked up four points from a possible 6 last season and we need to set that right. West Ham brought in several players with the likes of Yarmolenko, Anderson and the rest bringing attacking flair to the team and now they look like they might finally be gelling as a unit.

Chelsea were good against PAOK but our failure to score more goals from our chances persists. We need to start finishing games off in the first half because the more time teams remain in the game the more confidence they build up for the latter stages of the game. West Ham should pose a threat on the counter and I expect them to defend well although as the game goes on Chelsea should impose more of our control. A Chelsea win is on the cards and with Hazard in the form of his life Chelsea should add another three points to make it 6 out of 6 wins.

Fabregas returned to action in Greece for his first appearance of the season and he should feature on the bench. Kovacic was rested due to injury but he should be back for this game. Hazard and Luiz should also return for this game with Giroud most likely starting up top.

West Ham are without Chicharito, Carroll, or Arnautovic for this game. Lanzini is slowly and steadily returning to fitness. Other than that Pellegrini should be able to call on a full squad for the game. 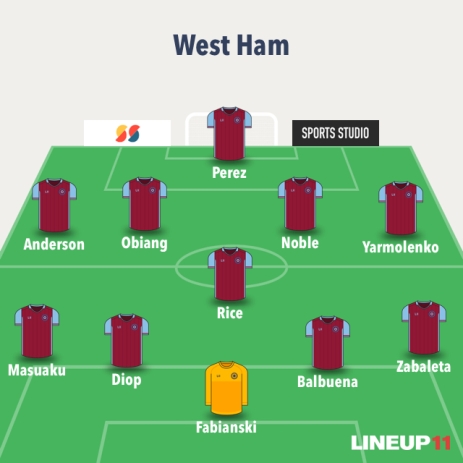