With the festive season in full flow Chelsea head to the Molineux to play Premier League newcomers Wolverhampton Wanderers. Wolves emphatically won the Championship last season playing some brilliant expansive football under Nuno Espirito Santos. Similar to the trend at the moment Nuno’s philosophy is one of attack and football that is pleasing to the eye although his formation is 3-4-3 similar to what we played under Conte and Wolves did that really well last season though at times have struggled this season. Wolves have several high profile players most of them Portuguese such as Neves, Moutinho, Patricio, etc but also have young talent like Dendoncker. Wolves started the season slowly and then picked up form as they climbed high in the table but since the 6th of October they have played 6 games having lost 5 and draw 1. While their form has been weak Chelsea should not take this fixture lightly given the quality of players against them and the fact that playing under the lights seems to bring out the best in players especially if they are home. For Wolves a point or more against Chelsea would be a brilliant result on the day but a loss would perhaps put them in a tough position given the teams they have to play in this period.

Chelsea eventually grinded out 2-0 win against Fulham after scoring very early through Pedro and very late through Loftus-Cheek. Sarriball continues to take effect and with City coming up a win is needed to keep pace with the top two in the table. A win would also boost the confidence of the players going into a highly important fixture. There are no easy fixtures in the Premier League but following City Chelsea have a relatively simple run during the festive period. Chelsea will need the three points and there is no margin for error.

Sarri stated that there are no injuries although players might be tired and so he will have to see who he choses to rotate. Rotations will be key during December and January and Sarri will have to use his full squad to get the best results. Kepa will keep his place so will Azpi, and Rudiger but I would like to see Christensen and Emerson come in for Luiz and Alonso. The midfield should also see rotation with Fabregas and Loftus-Cheek coming in for Jorginho and Kovacic. Up front Sarri could stick to Giroud and Pedro alongside Hazard but there are chances of Morata and Willian starting although I would prefer Hudson-Odoi.

Wolves have no injuries to deal with as Nuno has a full squad to select from. 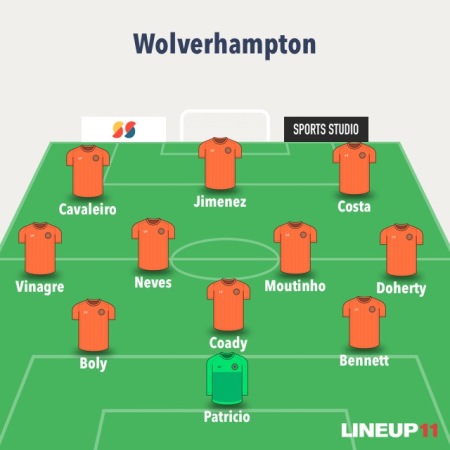 A tough game but a must win to keep our momentum going. COME ON YOU BLUES!!!