Another week another cup competition.

Chelsea are involved in the Carabao Cup Quarterfinal this week against Bournemouth. Bournemouth are tough opposition although Chelsea already played them in September having beaten them 2-0 thanks to late goals from Pedro and Hazard. It was a hard fought win on the day and tomorrow should be no different although Chelsea have progressed in Sarriball and Bournemouth might find it even harder than they did earlier on.

Bournemouth were promising up until last month but in recent weeks they have dropped down to 11th in the league. Eddie Howe will most likely field a strong team as it is one of the two chances that Bournemouth have at winning some silverware coupled with the FA Cup. For Sarri it is a good chance to field the youth players but I feel that Sarri wants to end his streak of never having won silverware and so he might field a strong team against Bournemouth.

Hazard picked up a slight nock against Brighton and he most likely will be rested for this game. Kepa will most likely start in goal with Azpi, Rudiger, Christense, and Emerson possibly making up the defence. Fabregas, Kante and Loftus-Cheek could make up the midfield with Giroud starting alongside Hudson-Odoi, and Pedro or Willian or we could see a false 9 with Giroud left out.

Eddie Howe should field his strongest possible lineup with Wilson being a threat upfront with his pace and strength. 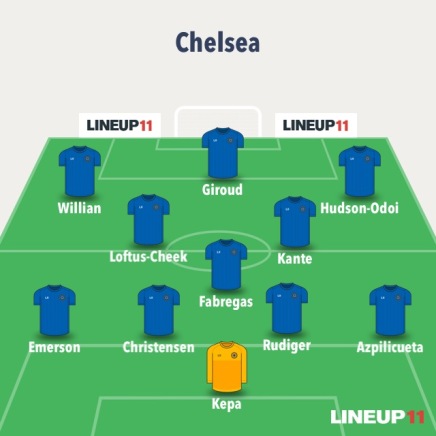 A tough game but we should progress to the Semi’s. COME ON YOU BLUES!!!