A return to league football!

After 3 successive games in cup competitions Chelsea return to Premier League action on Wednesday as they welcome Tottenham for a London derby. Since our last fixture in the league in which we lost 6-0 to City, we have played an FA Cup game against United which we lost 2-0, we played a Europa League second leg against Malmo which we won 3-0, and we lost on penalties to City in the League Cup final. The summary for Chelsea over the last few weeks has been a one win one loss policy although losing on penalties is really a draw rather than a proper loss. Chelsea went into the period contesting in 4 competitions and now we have only two to focus on and some would say they are the 2 most important ones. The battle for top four is real as Arsenal sit in 4th with 53 points followed by United in 5th on 52 points and us in 6th on 50 points although we have a game in hand. Spurs are 3rd with 60 points but they are considered as “title contenders” although with Chelsea up next and then a game against Arsenal at the weekend their 7 point lead could be cut down to  2 or 4 points. Spurs are a team that is always in and around the top 4 and pushes the other teams to win the title. When it comes to Spurs actually trying to get a foot in they lose and fall back down the pecking order. Burnley at the weekend was a perfect example because if Spurs had won they would have been at 63 points and only 3 behind Liverpool who are top. Spurs did not win and so they missed their opportunity.

Chelsea go into this game having put in a great performance at Wembley which was overshadowed by the whole Kepa incident. Kepa, and Sarri have since come out with official statements on the Chelsea website and cleared the air. Kepa has stated that it was big mistake on his part and he has apologised to the fans, staff, and his teammates while Sarri has stated that he has talked to Kepa and the air has been cleared. It might take a little more time than a day to really smooth things over especially between Willy, and Kepa but time always makes things better. Chelsea are lucky that they don’t have time to dwell on the matter with such an important game ahead and if they can channel their energy from Sunday’s performance against Spurs we could be seeing a win at the Bridge.

Sarri should have a full squad to select from. I have a feeling Willy might start ahead of Kepa although if Kepa doesn’t start then it will create more headlines etc. Azpi has played a lot recently and I think if Zappacosta is fit he will start on right. One of Luiz, or Rudiger might be rested and I think it might be Rudiger, as Christensen should come in. Kovacic could play in the Jorginho role although for such an important game Jorginho could start. RLC should come in at the left while Kante should continue at the right. Hazard, Higuain and CHO should start upfront.

Tottenham have a good squad to select from with Kane back although Alli is still missing. 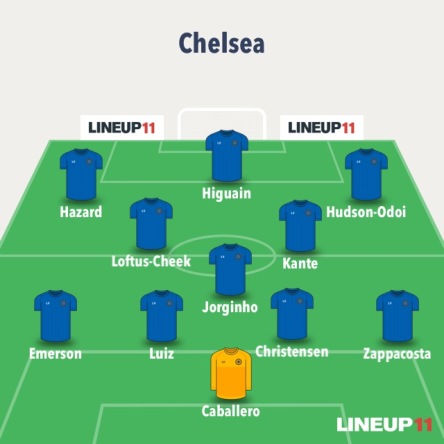 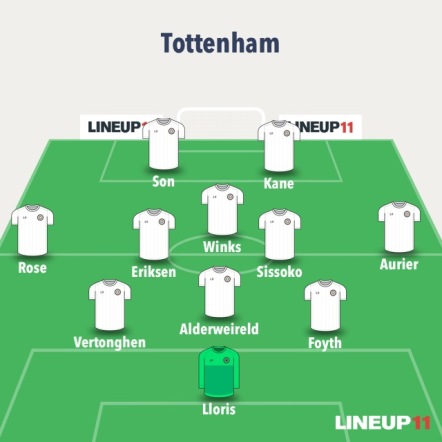 Tottenham won the reverse fixture 3-1 while we have played them twice more in the League Cup since having lost away 1-0 and having beaten them at the Bridge 2-1. This is an opportunity to gain ground on the top four and potentially 3rd place position and if Chelsea can channel their performance against City into this game and every game from now until the end of the season we could see several positive results. COME ON YOU BLUES!!!