Chelsea have been in Ireland for the last 5 days as they conducted pre season and got ready for their first game which is tonight against Bohemians who are currently 3rd in the League of Ireland Premier Division. Bohemians are currently in the middle of their season as the league is a summer league and so they are not likely to field the strongest of squads which is perfect for Lampard’s first game in charge of the Blues.

Lampard’s tactics are similar to Sarri in that he likes to press when without the ball and play an attacking style of football with pace and quick passing. Unlike Sarri though Lampard has shown fluidity in tactics when faced with difficult situations although he should not face anything massive tonight. Tonight is the perfect match to see what Frank wants from his players and what tactics he uses, what his style of play is. These initial few games though will focus on fitness and the latter pre season games will give us more of an idea of what to expect football wise.

Chelsea have 30+ players in Dublin, the full squad is

Rudiger, Hudson-Odoi, Reece James, and Loftus-Cheek have been left in London as they recover from injuries while Willian and Pulisic will join the squad next week because of international duties that only ended last weekend. I expect several of the youth to leave after this game or the next one while much more of the regular squad should stay on. Expect the likes of the subs to start first with the experienced players coming on later. 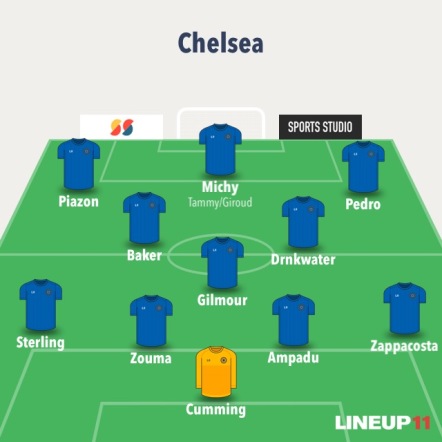 A fitness game but I can not wait to see Lamps and Morris on the touchline!!! COME ON YOU BLUES!!!