Another friendly this time at home.

Chelsea take on Reading at the Madesjki stadium in our 5th friendly of pre season later today. The players travelled straight back to London after beating Barcelona in Saitama and the players had a couple of days off before returning to training on Friday. Reading have played 8 friendlies so far winning 4, losing 3 and drawing 1. Reading finished 20th out of 24 teams in last season’s championship but had a Chelsea loanee in Matt Miazga playing for them. Miazga recently headed back to Reading for a season long loan.

Chelsea are still missing the usual players in Hudson-Odoi, Reece James, Rudiger, and Loftus-Cheek. Kante was seen training with the team but it is yet to be seen whether he will feature against Reading. The rest of the squad that played in Saitama should be available for this game as Lampard and co continue to fiddle around and see what sort of lineup should start against United in a fortnight. The formation seems nailed on which will be a 4-2-3-1 and while some positions are up for debate there are also positions which have their occupant sorted. 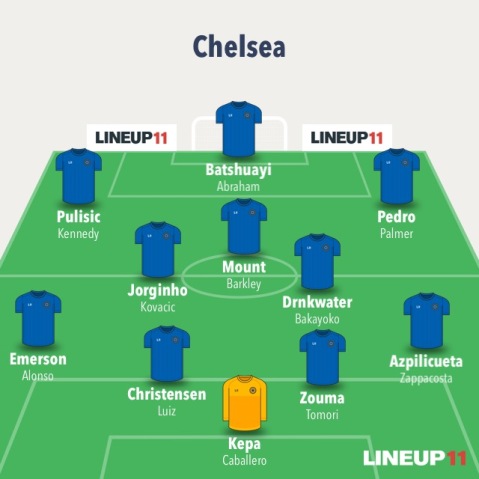 Lampard should be able to decide after today’s friendly on which players he intends to let go before the start of the season. If some of the players do not feature we can understand that those players are not in his plans. Lets hope this friendly has plenty of goals from a Chelsea perspective and players like Mount and Pulisic get their first in a Chelsea shirt. COME ON YOU BLUES!!!