Time to bounce back!

Chelsea take on 17th placed Watford as we sit 4th in the table with both teams trying to complete their objectives. Watford are very much in a relegation battle and haven’t the greatest of seasons. Watford did improve once Pearson came in to manage them but since the restart Watford have struggled to regain that form. Chelsea are going into this game having lost to West Ham during the week which has left us a point behind Leicester but only 2 points above the likes of Wolves and Manchester United. There is a chance that when this game kicks off Chelsea could be 6th and so from now till the end of the season every game is a must win.

During the press conference Lampard was asked about being nominated for the Manager of the Month award to which he replied that is was more a collective award than an individual one. Lampard was also asked about the VAR decisions in the Tottenham game which he said should be corrected in the future and that it Kane’s goal should have stood. Lampard was then asked about the West Ham game and specific criticism of Alonso amongst other things. Lampard stated that while individual players can be picked up the team as a whole had to do better in that game. Lampard was also asked about the whereabouts of Ziyech and Werner. It seems that Chelsea are waiting for the new quarantine rules to kick in on the 10th July which removes the 14 day isolation period. My guess is that Ziyech should be in training soon after that while Lampard has stated that Werner is on a break and so he will join the squad later in July. Finally Lampard was asked if Chelsea would be able to resume their good form prior to the West Ham defeat to which he replied yes although in my opinion that’s the only answer he could have given. Chelsea need to start winning games again if we wan to finish in the top four.

Lampard stated that Tomori is still out while he recovers while Kovacic also caught a slight injury and so he will probably be out for the next two games. The rest of the squad is available though. I think Kepa should remain in goal with Azpilicueta switching to left back, Zouma and Christensen should start in the centre while Reece James needs to return at right back. Kante will most likely continue his role at CDM while Mount should start in the midfield along with Loftus-Cheek. Pulisic starting is a given while Willian also deserves to start on current form although I would personally give Hudson-Odoi a chance to start. Giroud should return to the starting lineup with Tammy on the bench. This lineup gives us more creativity than we had in the West Ham game and so we should be able to ask more questions of Watford and also be able to win the game.

Watford still don’t have Janmaat, Deulofeu, and Success available but the rest of the players are ready. With Watford the likes of Deeney, Sarr, Doucoure, and Pereyra offer plenty of threat while Gray can also offer that extra pace. Watford have a talented group of players with Capoue and Hughes also providing plenty of goal threat from the midfield. Sarr was particularly good against Liverpool on the counter before the lockdown. Foster in goal is also extremely tough to score against. They might not have been at their best but West Ham were not either and they took advantage of Chelsea on the counter. 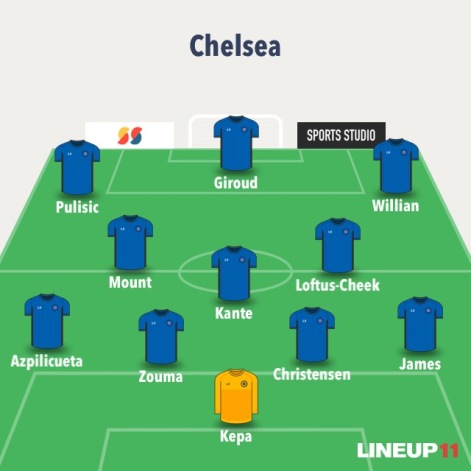 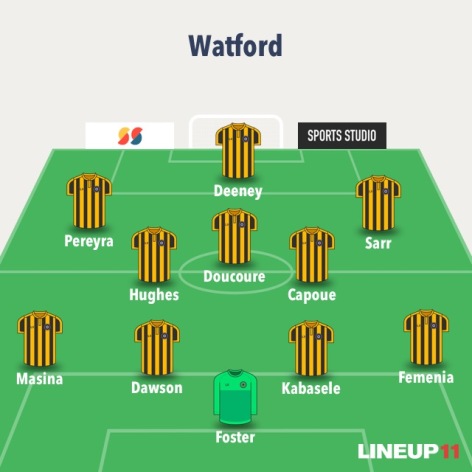 Chelsea will have a task keeping the likes of Deeney and Sarr at bay on the counter while scoring also won’t be easy with Ben Foster in goal. The blues have to do it though Chelsea have to win to keep United etc at bay and hopefully the likes of Wolves, United and Leicester can drop points, all we have to do is get our three. COME ON YOU BLUES!!!