The holders of the Champions League, Chelsea welcome Zenit to Stamford Bridge for Matchday 1 of the group stage. Chelsea find themselves in Group H with Juventus, Malmo and of course Zenit. It’s not the toughest of groups but if a team is in the Champions League they deserve to be there so one always needs to be at their best. Zenit find themselves top of the Russian League having won 5 and drawn 2. Zenit are an experienced European team and have been regulars in Europe for several seasons now.

Chelsea go into this game having won 3-0 against Villa at Stamford Bridge on Saturday. The team was not at their best but we still managed to get the job done. Pre-match Tuchel said that last season’s victory seems like a distant memory now and the squad are fully focused on the season ahead. Tuchel also stated that he is not bothered by labels etc all they will do is take it game by game. There was a really weird question asked about whether Tuchel needed to get through the group stage and then win it to fully deserve to win the Champions League. It was an inane question and while Tuchel was respectful in his reply, the answer is Tuchel does not need to prove anyone wrong. Tuchel was also asked about Chilwell to which he replied that the left back just needed to refresh and rewire himself after a difficult summer. Tuchel stated that Chilwell deserved to start some games in the Euro’s but was not given a chance for whatever reason and that impacted his mentality. Now though Chilly is back and ready to fight it out for the season ahead.

I do expect Tuchel to rotate some players but we did rotate for Palace as well so we should have more of a first team play this game. Kepa should come in to give Mendy a rest. I think Chalobah will continue with Christensen coming in and Azpilicueta involved as well. Rudiger should get a rest. Chilwell and James should come in as the wing backs while Kovacic, and Saul continue in the middle. I know Saul had a poor debut but Zenit should offer a slightly better chance to settle in. Jorginho could start though. Mount, and Werner should start up top with Lukaku. Werner and Lukaku should a glimpse of how they can work together and I really want to see the two start. Kante could be back for Spurs, but Pulisic is still out injured. The likes of Sarr, RLC, and Barkley should be in the squad as well and with 5 subs they could get some minutes. A top team and a game at home to get the crowd excited.

Zenit played a 4-4-2 and should keep to that formation. There are some recognisable names with Lovren in defence, Malcolm, Wendel, Azmoun, and of course Dzyuba. I think the pace that Malcolm, Wendel, Claudinho, and Azmoun offer will be key as Zenit look to play on the counter. Dzyuba could start instead of Claudinho to give Zenit an out ball and a focal point up front but I think they will rely on the pace. There are some tricky players that could cause problems if Chelsea are not on it. 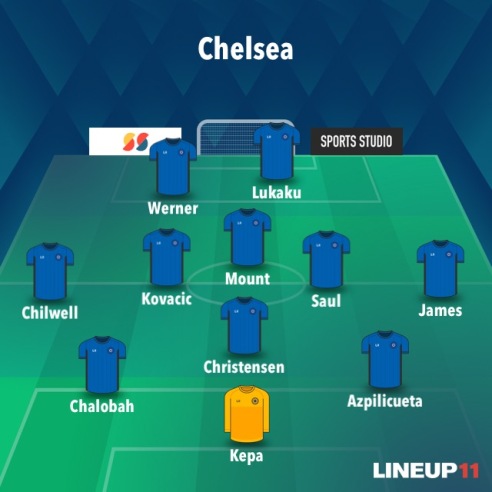 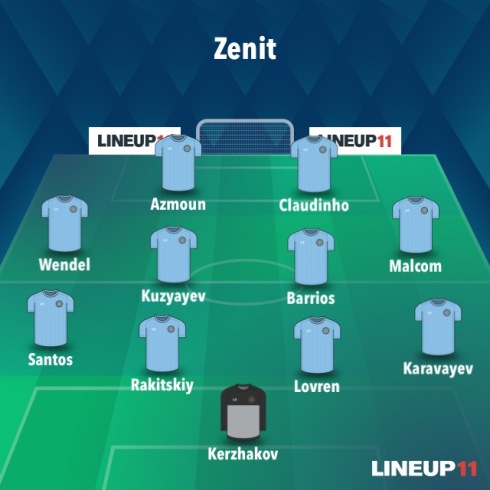 The bid to retain the Champions League begins tonight and Stamford Bridge will be rocking on a Champions League night once again. I think Lukaku and Werner if they start could cause havoc. COME ON CHELSEA!!!